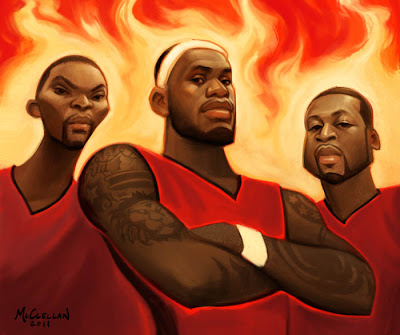 I know most people who check out this blog probably don't like basketball. But that's ok because most people who do like basketball don't like these guys in this image either. When I was working on this I figured they would be the eventual champs. But that was before I realized that the aliens from Space Jam stole their super powers and gave them to Jason Terry. How else do you explain LeBron airballing layups and Wade dribbling it off his foot? Anyway, it was a really fun series to watch.