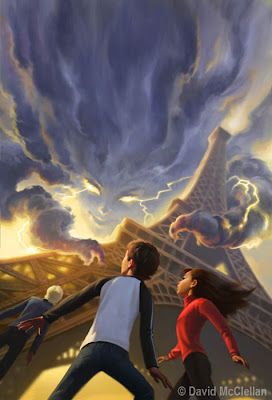 I was going to post the unicorn image that I made for this movie, but I'd rather have people just see it in the movie first. Then you'll know why I'm reluctant to post it! ;) But here's the story behind it: They had filmed a scene with a really kitchy poster of some unicorns on the wall but hadn't secured the rights to use that poster art in the film. They contacted the artist who refused to let them use his art. So they needed to replace it with something else. So Bryan comissioned me to make the most intentionally cheesey, purple-and-pink-unicorns-in-love poster that we could imagine. Mission accomplished. Just see the film. You will see.
2 comments: